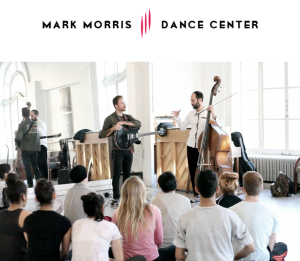 From an interview for the Mark Morris Dance Center newsletter (Feb. – March 2017) ::

Composer Haggai Cohen-Milo pulls from years of interdisciplinary performance and collaboration with dancers and choreographers to develop the Makespeak Method. Below, he breaks down how he breaches common gaps between the ways in which music and dance approach the creative process.

How does the Makespeak Method change the way dancers and musicians perform together?
Makespeak gives the same importance to the dance and the music component of a performance; there is no hierarchy. It emancipates the performers of both mediums so they are able to influence the result in an equal way. We emphasize the interdependency of music and dance to create a truly collaborative process, and provide concrete tools for dancers and musicians to communicate, practice together, create collaboratively, and improvise with full awareness.

How does Makespeak aid in the choreography process?
Makespeak provides tools for dancers to hear, interact and even create music. Through this method for engagement, dancers get to learn how musicians think, listen, compose and improvise.   Using protocols such as Translation, Framing, Intensity Matching, and Rhythmic Control, the method provides tools to turn music into movement in a specific and direct way (and vice versa).

Do you need a musical background to learn Makespeak?
No musical background is needed to start learning the Makespeak method. Through a module called “multi-level listening,” each student has the opportunity to approach the workshop at their own musical level and grow from there. Dancers with all levels of musical proficiency will find something new and enriching.

What can dancers expect when they attend your workshop?
We start with warm up led by my partner Naima Mazic (Brussels), followed by practice of four Makespeak protocols focusing on Listening, Rhythm, Translation, and Improvisation. Each is a collaborative process. Dancers are encouraged to use whatever movement language they are comfortable with. We’ll cover techniques to listen and interact deeply with music as well as increase the dancers overall confidence working musicians, breaking down melody to its elements: pitch, dynamic, and articulation, as well as translating those elements into movement. We’ll also explore improvisation modules which refer to movement and sound in equal terms.

Klick here for the newsletter

A feature article and an interview in the Süddeutsche zeitung, the largest circulating newspaper in Germany, in anticipation for the premier of Jephta’s Daughter in Munich.
Read the full item (in english, thanks to Viktoria Mank):

Munich – “Everybody has his/her own reason. I started making music because I wanted to play together with others; at the age of eleven I wanted to play in a band, with friends, in front of the audience, as interactive as possible. That’s what I still want,” says bassist Haggai Cohen-Milo. In Munich, his name was best known until now among jazz fans who recently saw him play with the Omer Klein Trio at the Unterfahrt club.  He is easily one of the people’s favorite bass players; so brisk, concise and virtuosic. He notably plays on equal footing with the piano and drums. His strong presence is the result of an extensive education and wide interests and background, which go beyond Jazz, hailing from Israel and having studied in Boston, lived in California and now residing in New York. Now, a totally different Munich audience can be persuaded of his qualities: Cohen-Milo is responsible for the music of “Jephta’s Daughter“.

The Israeli choreographer Saar Magal, who has made a name for herself since the mid- nineties with a multitude of projects in Tel Aviv, London, Paris, Brussels, Warsaw and Stuttgart, who also teaches dance, choreography and improvisation and has recently been in charge of the choreography of Krzysztof’s Warlikowskis “Eugen Onegin“, is now staging the piece, which is based on a story from the old testament: Jephta, a general in the story swears during combat that if God grants him victory he will sacrifice the first thing that comes out of his house when he returns home in order to be crowned king of Israel. It is his daughter who first crosses that threshold. She accepts her oath-bound destiny, but asks for two months postponement, in order to “lament her virginity“ with her girlfriends in the mountains. This is the only fulfilled human sacrifice in the Old Testament, told without further explanations: not even the daughter’s name is mentioned.  This gives a lot of space for interpretation.

Saar Magal is extensively using this space in the framework of the festival-studio: together with four vocalists, eight dancers – all internationally cast – and Cohen-Milo’s Trio with the guitarist Mateo Lugo and the percussionist James Shipp, she is staging a puzzle of abandonment and faith, innocence and ambition, self-deception and vanity; central scenes are the farewell from father and mother and the girlfriends’ dance in the mountains, but also scenes which are completely independent of the biblical sample, are interlaced. The “Mermaid-Song“ is like a scene out of a Hollywood-comedy for example, illustrating one of the singers’ own dream fulfillment

As the piece opens the focus is all about the interactions between the musicians, dancers, vocalists and the audience. Therefore, at first, the audience is standing in the Haus der Kunst in the midst of the events (limiting the capacity to 160 seats).  Apart from musicians, Haggai Cohen-Milo has also been working with dancers for a long time. “When I started with it [interdisciplinary work], I noticed that dance and music are not really interacting, most of the time they just coexist. Moever, when it comes to improvisation, both don’t know which artistic language the other one is speaking,” he explains. In order to bring both music and dance together, he created exercises while teaching at the Lines Ballet Academy in San Francisco and designed his “MakeSpeak“ method.

Saar Magal and Haggai Cohen-Milo both attended, as many other Israeli artists, the same high school in Tel Aviv and later followed each other’s work. For “Jephta’s Daughter“, Magal absolutely wanted Haggai Cohen-Milo and his method – who in turn was thrilled for the opportunity to expand his “MakeSpeak“ method for vocalists.

For eleven weeks the ensemble practiced in the exercise rooms of the State Opera for four final shows. “No jazz musician could comprehend such a long rehearsal period, but then I say: we’re not only practicing, we’re creating, and that takes time,” says Cohen-Milo. And he is sure: “Every evening is going to be different. The music will come from the audience, without them noticing it. I am not saying this with levity, but this is going to be something completely new.“ 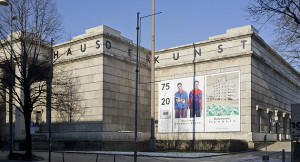 I am collaborating as musical director and performer with choreographer Saar Magal on her new creation; Jephta’s Daughter. The piece is produced by The State Opera of Munich, and will premier on July 7th at the Haus der Kunst as part of the Munich Opernfestspiele. The piece is built using the foundational elements of my MakeSpeak method into the work process and the performances.
Click here to find out more 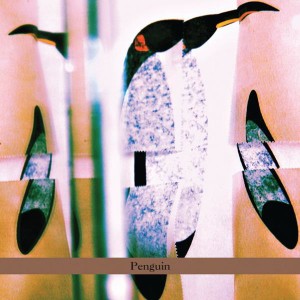 Haggai released his debut album, Penguin, on John Zorn’s label Tzadik in May 2014. The musicians featured on this album are not only close colleagues but dear friends. The listener is invited to step into an intimate setting filled with brilliant improvisations, poignant melodies and driving rhythms when you press play.

I have the joy of performing in Elat at the Winter Red Sea Jazz Festival this February, 2015.  I’ll be presenting my newest release, Penguin.  Alongside me will be good friends and player: Matan Chapnizki on saxophone, Nadav Remez and Yonatan Albalak on guitar, and Amir Bresler on drums.

We use cookies to ensure that we give you the best experience on our website. If you continue to use this site we will assume that you are happy with it.OkNoPrivacy policy
Revoke cookies